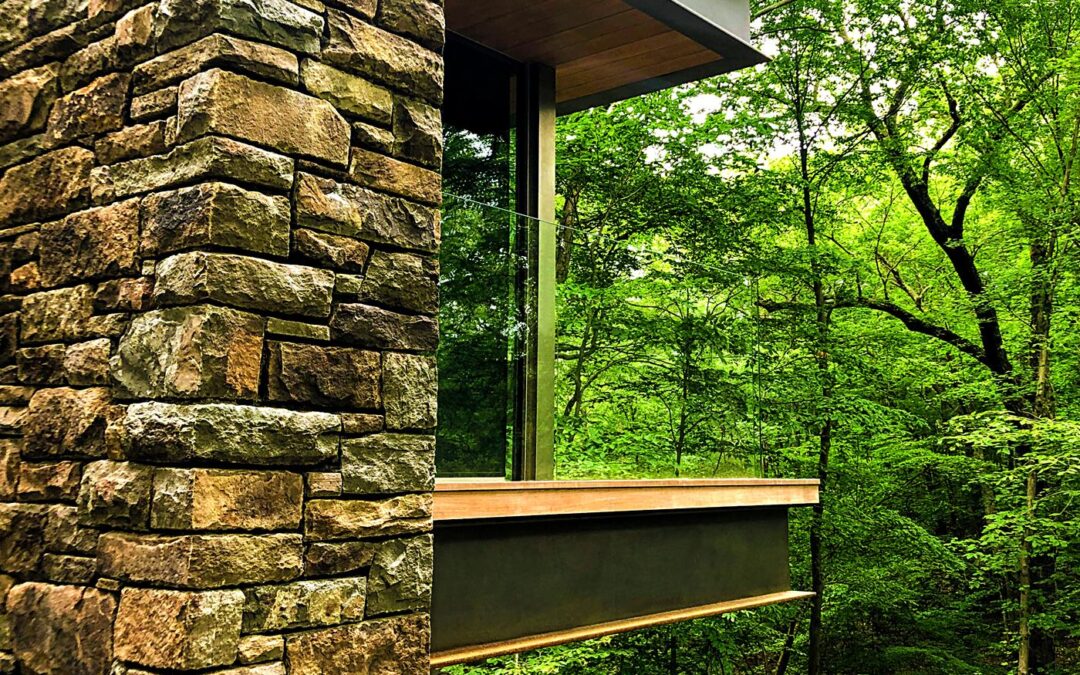 Here is a link to an awesome project we completed with Nordic Custom Builders in Connecticut. The project involved building a three level studio into the side of a hill, deep in the Greenwich countryside.

We installed ‘Starfire’ glass balustrades on the roof and mid floor. The base Q-Railing base shoes were concealed under the decking making the railing almost invisible.

The project and owner were also featured in the New York Times article. Here is a transcript.

This article is part of our November Design special section, which focuses on style, function and form in the workplace.

GREENWICH, Conn. — Inspiration sometimes comes to the poet John Barr while he gazes at boulders beneath his new cantilevered writing studio here. Or as he strolls along its entry passageway lined in oak shelves, with 1,500 volumes of other people’s poetry organized alphabetically from Brontë to Yeats.

During struggles to find the right words, Mr. Barr explained during a recent tour, “I’ll start reading another voice, and it basically dissolves the logjam.” The studio’s architecture, he added, “unfolds itself a line at a time, like a poem, and then the lines begin to comment on each other.”

His cube of stone and glass, designed by the Manhattan-based architect Eric J. Smith and constructed by Nordic Custom Builders, is officially called “The Studio in the Woods: A Place for Poetry.”

It has also been called “Heron’s Haunt,” which is the title of one of Mr. Barr’s most recent poems, based on a real-life heron that visits ponds on his property “when the light is right.” The poem describes the bird forming its neck into “a question mark” to feed on fish between its motionless legs “that rise like reeds to a distant body above.” The poem concludes, “Perfect hunger. Perfect hunter. Perfect prey./I wait for the heron to come.”

Mr. Barr, 76, a former investment banker who long headed the Poetry Foundation in Chicago, has waited years to realize his dream Connecticut workplace. He and his wife, Penny, acquired forested acres in Greenwich in the 1990s.

Mr. Smith’s and Nordic’s teams have restored the site’s masonry main house, which was built in the 1920s — its previous longtime owner was the fashion designer Adele Simpson. The restoration work attracted some media attention after the Barrs spent more than $100,000 on fireplace stone carvings alone. (The couple, who married in 1968, have three grown children and one grandchild, and they also have homes in Chicago and on Mackinac Island in Michigan.) 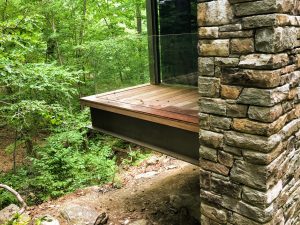 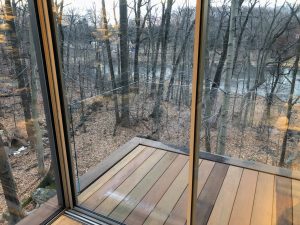 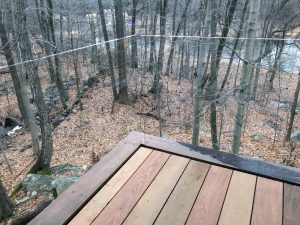 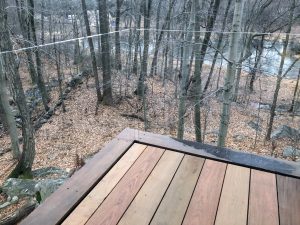 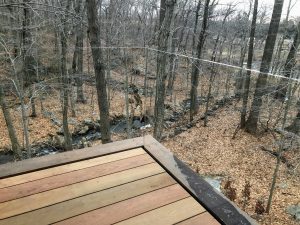 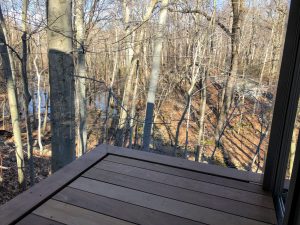 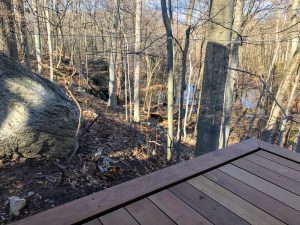 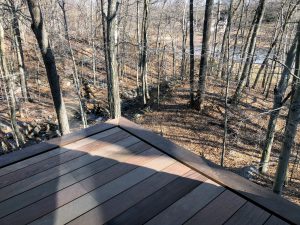 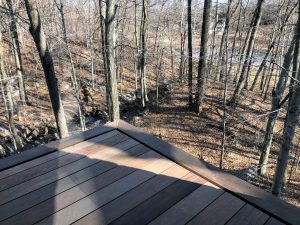 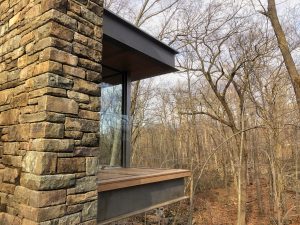 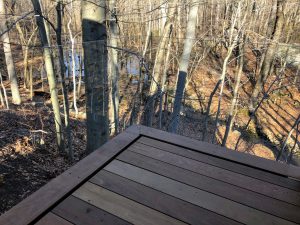 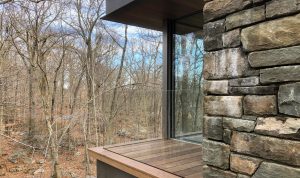 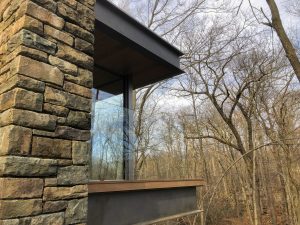 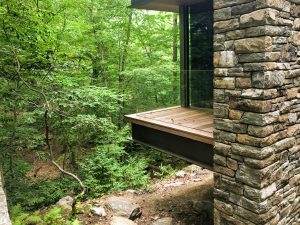 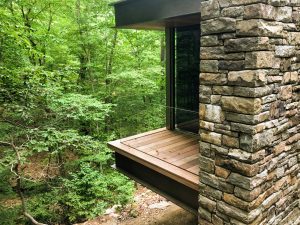 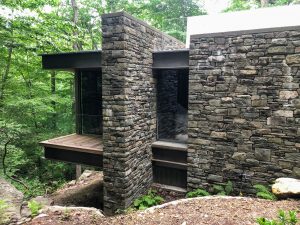 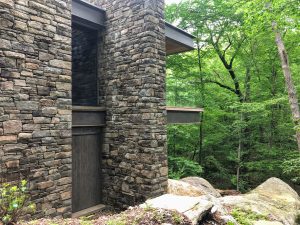 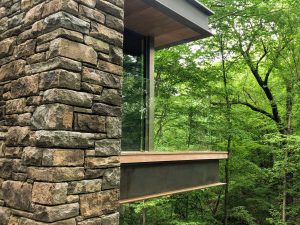 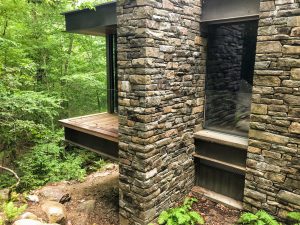 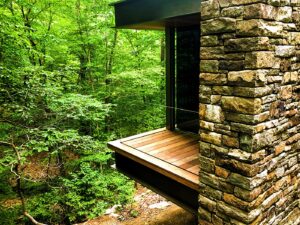 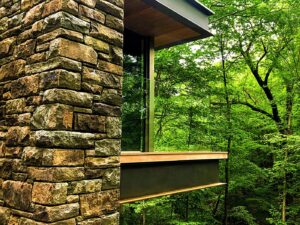 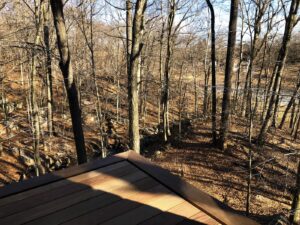 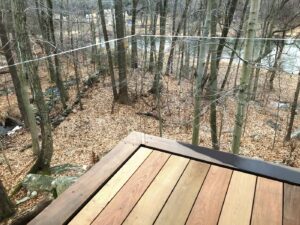 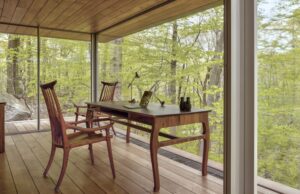